SteriTouch® is a range of additives which prevent harmful bacteria and mould growth on surfaces.  Based on the natural sterilising properties of silver, SteriTouch® protection is especially important in healthcare environments where hygiene is critical, preventing the  growth of infection causing bacteria such as MRSA and E.Coli.

Where is it used?

Confidence in the accuracy of results is important in any testing regime, but is even more so when evaluating antimicrobial performance. SteriTouch® uses only established laboratories specialising in antimicrobial testing, ensuring consistent and repeatable results.

The standard organisms used in the JIS/ISO method are MRSA and E.Coli, however SteriTouch® has been tested against a range of other organisms 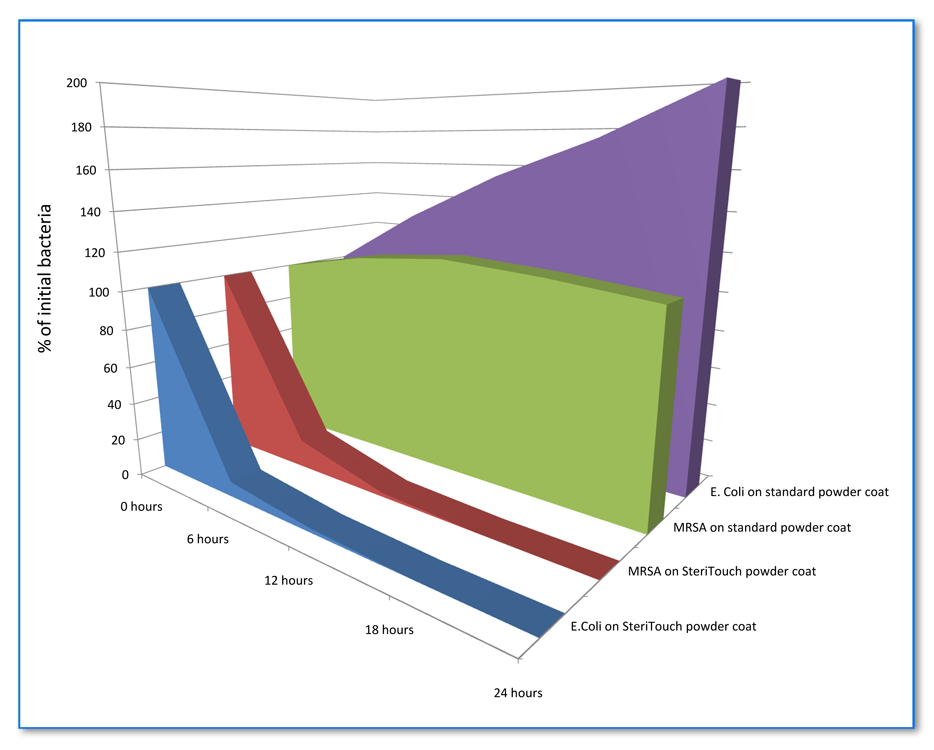 The standard test for evaluating the performance of antimicrobial surfaces is the JIS Z 2801:2000 or ISO 22196 method, which can be summarised as follows...